Everybody remembers their first childhood bicycle. ??

That’s why the trained professionals at Bernie’s Bicycle in Hamilton Township, New Jersey make sure every little one leaves with the perfect two (or four) wheeler. Founded in 1948 by the original owners, Bernie and Rose Knapp, this family bike shop has almost 70 years of operation under its wings. Today, Bernie’s operates with the same know-how and safety-first mentality that earned the community’s trust so many years ago.

The shop has literally welcomed generations of bikers through its doors, both novice and avid riders alike. Take a closer look at their clientele, and it becomes an even more personal story.

Kids that come to our shop start with a 12 inch bike, and as they grow older, they grow in the shop, too. They graduate from the 12 inch, to 16 inch, to 20 inch. Their grandparents would even have shopped here when they were kids themselves,” said Elias Rivera, the owner of Bernie’s Bicycle.

An impressive fact in and of itself, there are practical reasons why being New Jersey’s largest kids bicycle shop sets Bernie’s apart. No matter what size bike your child will need, you’ll have a plethora of options to choose from. No need to feel overwhelmed either, because the team of professionals with riding and servicing experience are there every step of the way to help you with your important decision.

Our bikes will last a long time and can be passed down to younger children in the family.

Think of what it’s like to shop for a bike at a corporate department store, and there’s no comparison. Bernie’s is local-owned, and offers premier products with quality service. Elias noted, “It’s night and day. For example, our training wheels are steel, and at department stores they’re plastic.”

A New Generation of Bernie’s Ownership

Under its current ownership, Elias Rivera has pledged to make Bernie proud by maintaining the high level of customer service that keeps their customers coming back time and time again. After working in the shop for 16 years, he made his dream a reality when finally adopting his new title as owner of Bernie’s Bicycles.

Seeing a child get on a bike and take those first couple pedal strokes is an achievement I get to make every day.

They call it, “Cycling of the Water” ?

Don’t be fooled by its name – Bernie’s offers much more than its seemingly endless variety of bicycles and bike accessories. Always aiming to keep children and teenagers outside, the team is constantly on the lookout for new and exciting activities to keep the whole family active.

In fact, Bernie’s was one of the first in the area to bring the stand-up paddleboard trend to New Jersey adventurers after spotting the activity during a retreat to Vermont. “They call stand-up paddling, ‘the cycling of the water,’ because you still get that core workout and nice endurance feel,” explained Elias. 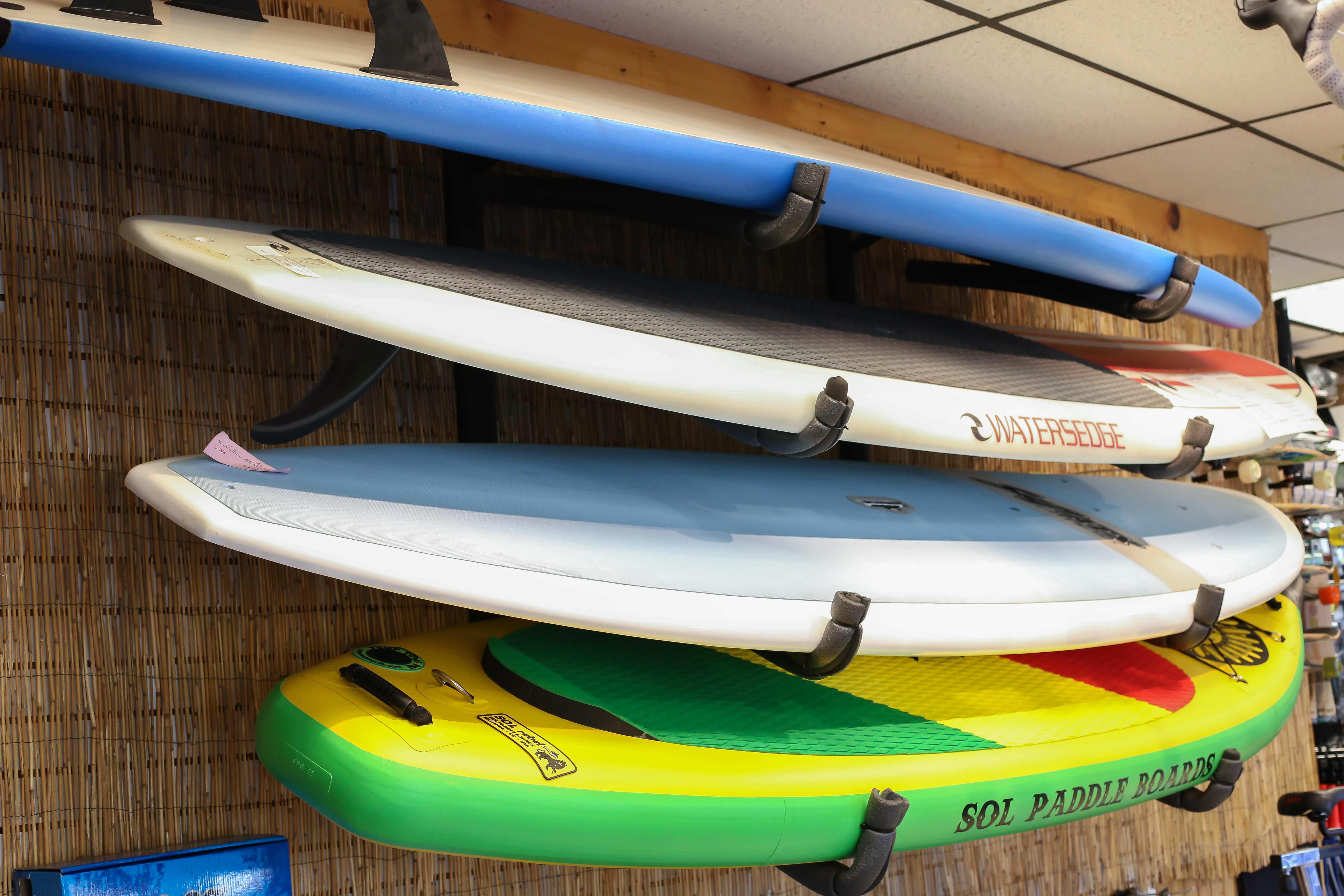 With the Delaware River and Princeton Canal close by, families have had a blast trying out this new activity since it hit the shelves of Bernie’s Bicycle five years ago. What’s more, is they even offer inflatable stand-up paddleboards, solving storage and transport issues that some families might have previously worried about.

A Slice of NJ’s Bicycle History 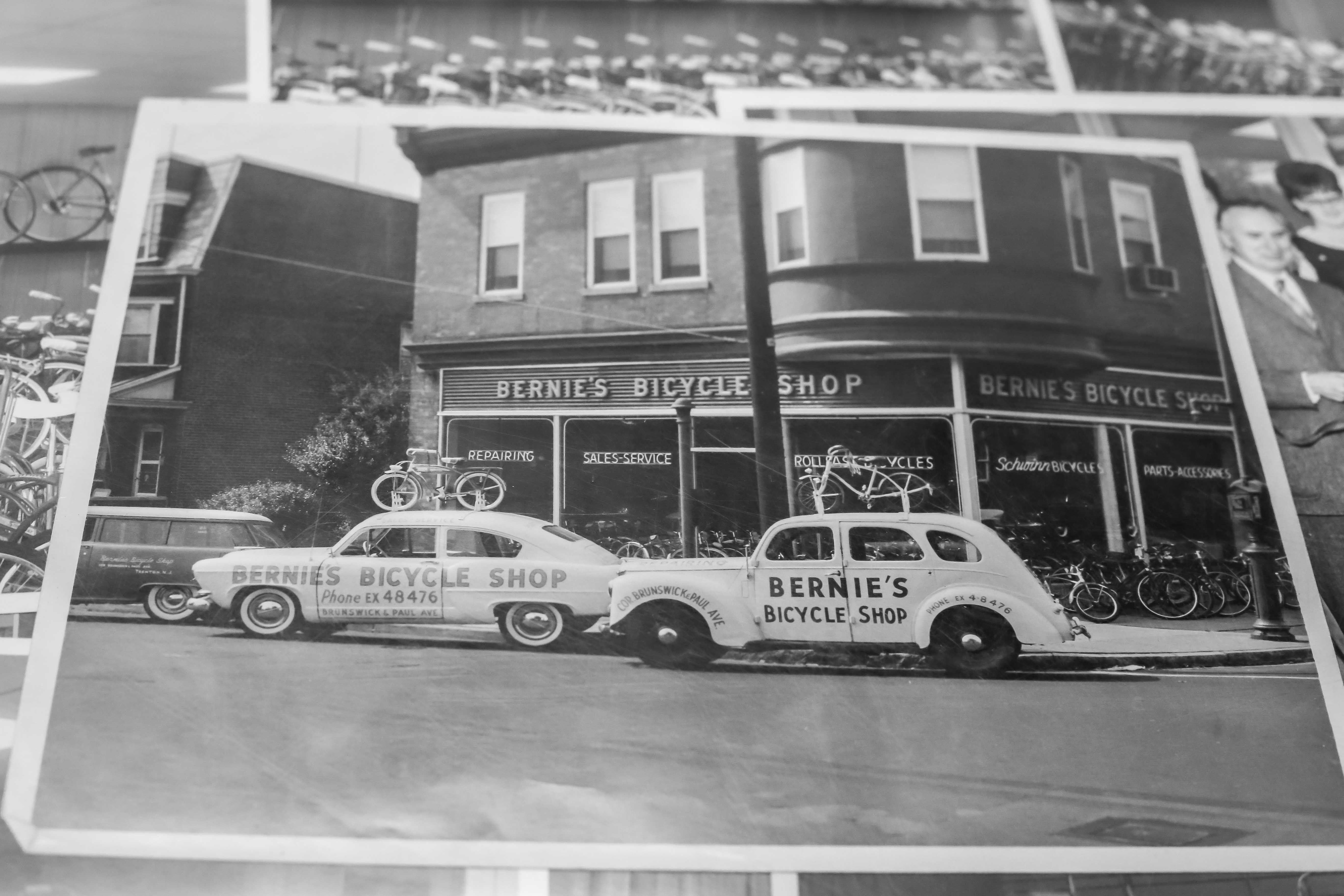 Whether you’re shopping for your little’s very first bicycle, or looking for a new way to switch up your workout routine, Bernie’s Bicycle has you covered. If you’re dreaming about a mountain bike, cruiser, road bike, or the prettiest purple children’s bicycle – we’ll place our bet that you’ll find the perfect fit at Bernie’s Bicycle.

Chelsea is a freelance writer and photographer based in the kid-friendly community of Asbury Park, and she loves sharing tips and news about this cultural beach town with NJMOM readers. When she's not discovering new bike trails, playing in her handbell choir, or reading on the beach, Chelsea works as a Children's Library Associate at a public library. You can catch her out in Asbury Park watching her husband play drums with talented local artists - be sure to come say hello!